Synaptics is one of the few huge makes of trackpads. They probably make the trackpads in half the laptops out there for many brands of laptops.

But it just sounds somewhat lame when you read what they have actually chosen to implement. Vertical scrolling from the spacebar, screen zoom and “quick launch menus” (pop up the windows dock I think that means). That’s it? Press release says there’s a single thumb gesture to select words. HORIZONTAL scrolling from the spacebar - that might make sense (I think someone here suggested that).

Their problem is classic “Innovators Dilemma” – they make trackpads so they can’t bring themselves to cannibalize trackpad functionality by putting something USEFUL in their keyboard innovation. So we get this “watered down” implementation. I’ll take my TextBlade from a disruptive newcomer, thank you! 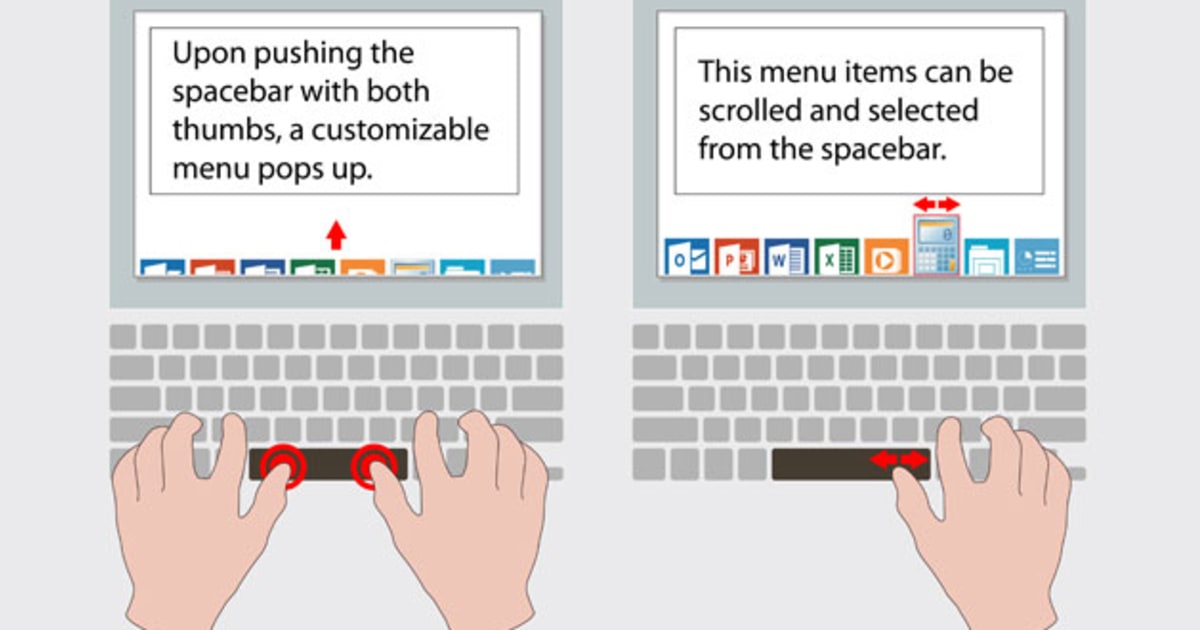 Your smartphone's keyboard has loads of shortcuts that help you write faster, but the keyboard on your big, brawny PC doesn't. Seems illogical, doesn't it? Sy...

A bit more detail here and a video of a prototype in action. Sounds like it also has ability to select text using swipes on the spacebar (but not move the cursor, as far as I can tell). Still not very convincing

Sounds like Q4 2015 at the earliest for any products to have this. 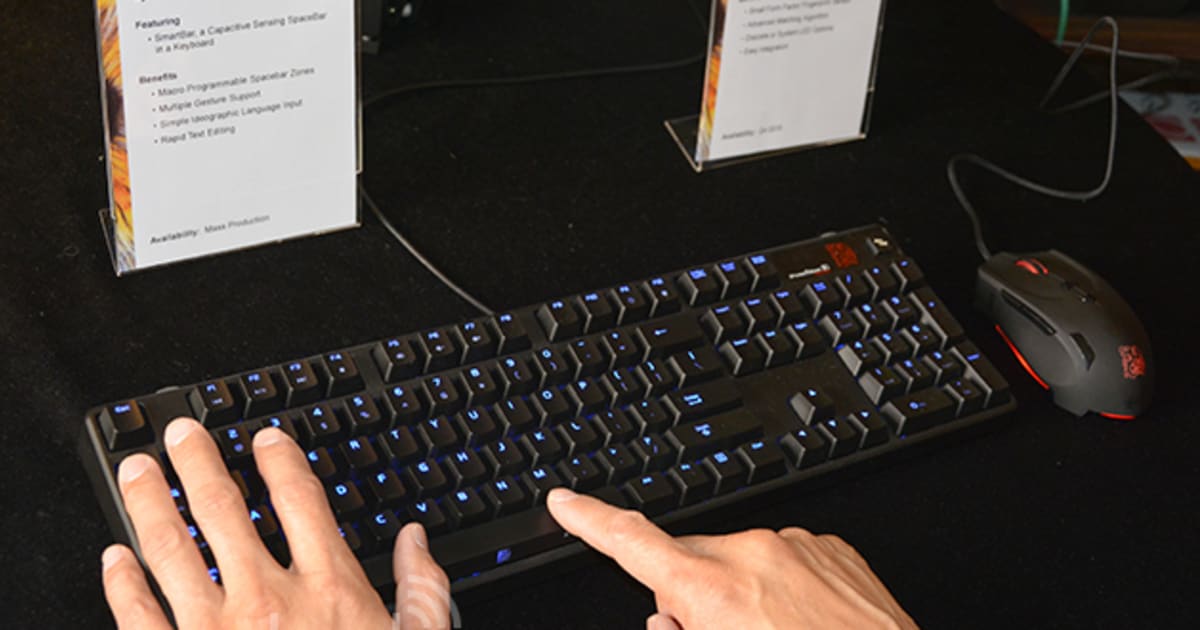 Earlier today, Synaptics announced its SmartBar technology that adds a touch input area -- enabled by a sub-0.2mm-thick PET film -- onto the space bar, which...